The 6th generation of the Apple Watch is set to be announced in September if previous years are to be followed and seeing as the 5th gen model wasn’t a huge upgrade from its predecessor we could see some nice updates, and at the same starting price point of $399 for the base model.

As with most refreshes, there will be improved faster general performance, faster and more stable wireless connectivity, and although Apple watches boast an impressive water resistance of up to 50 meters already, improved further with a potential switch to LCP materials for the circuit-board.

We may also see a change from the OLED screen to a MicroLED panel which is more power-efficient and will increase battery life, which is a welcome addition to any model.

Overall, the design is set to stay the same but if recent patents are anything to go off, we could see Apple switch to a digital crown that would work with gesture-based interactions compared to the current rotation of the mechanical one. This change would give the watch a clean, square design and give it a more futuristic look, potentially like a very miniature if thicker iPad.

Apple has the Apple Watch marketed as a health device and in generation 6 it’s no different. After several years of seeing successful third-party sleep tracking apps, Apple could finally be bringing their own to market. A blood-oxygen sensor could also be making its way into the fold which alongside the heart rate sensor could be used to help with Apple’s intent to support mental-health tracking. This would allow the Apple Watch to detect when its wearer is hyper-ventilating and coach them through breathing exercises until the attack passes. It could also notify of incoming cardiac arrest with improved ECG capabilities. 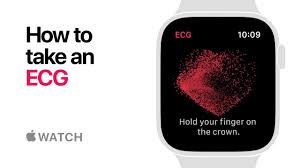 Generation 6 will also come pre-loaded with WatchOS 7, set to be announced at WWDC in June where we will likely see even more hints of what’s to come when the device is announced in September.